History is made of memories, knowledge and experiences, that are enriched through the changing seasons year after year.

The story of Torrevilla begins on 12 May 1907, a date that officially sanctions the birth of the Torrazza Coste winery.

In 1908, the winery had its first harvest with over five thousand quintals of grapes, a quantity that was destined to increase through time, interrupted however by the two world wars.

Between the first and second world war, the first mechanical grape crusher was tested and, with the end of the hostilities, the crushing operations were completely mechanized.

The year 1970 signs a milestone for the evolution of the company as it coincides with the merger of Codevilla and Torrazza Coste wineries. The goal was to strengthen the productive and commercial structure in order to become a single winery, the undisputed benchmark of Oltrepò Pavese’s western viticulture.

In 1984 the first expansion and renovation of the Torrazza Coste and Codevilla plants took place. Just two years later, this was followed by the installation of a very modern bottling plant, the first in Lombardy able to replace the wine pasteurization process.

In 1987 the creation of the name and the brand that still represents the authentic Oltrepò Pavese: Torrevilla.

Its evolution has continued to the present day and in 2008 a technology investment plan of over 1 million euros was carried out, aimed at pursuing corporate competitiveness, above all in the quality of the product.

The heartfelt celebrations that marked the centenary of the winery, were anticipated in 2006 by an important recognition: the “Long-lived and Successful Company Award” announced by the Italian Chambers of Commerce Union: a signal of excellence, quality and the prestige that Torrevilla wines receive in Italy and in the world.

In bitter cold the vine falls asleep… dreams of harvests to be. 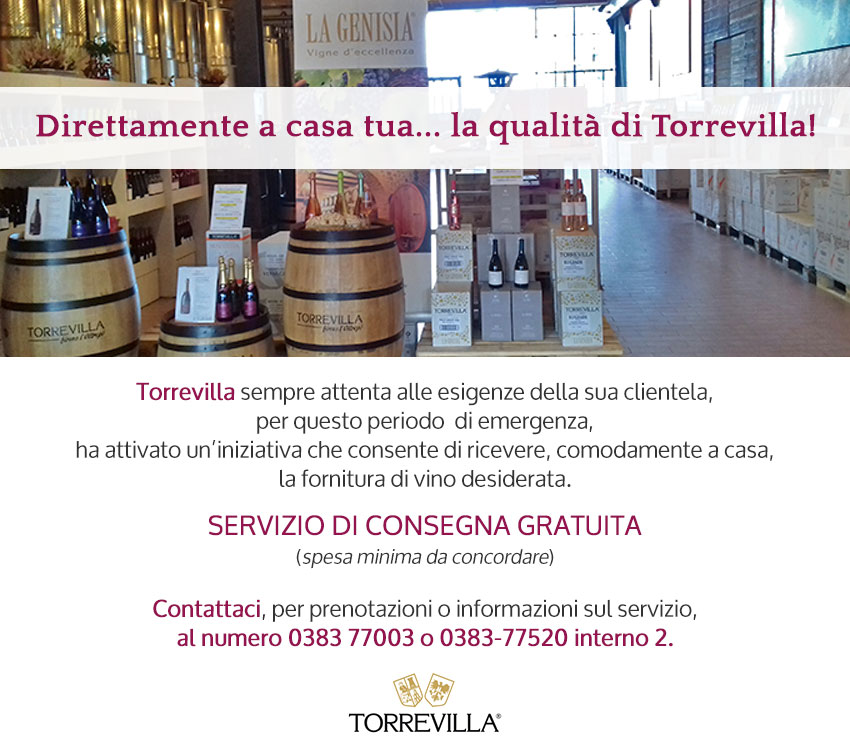